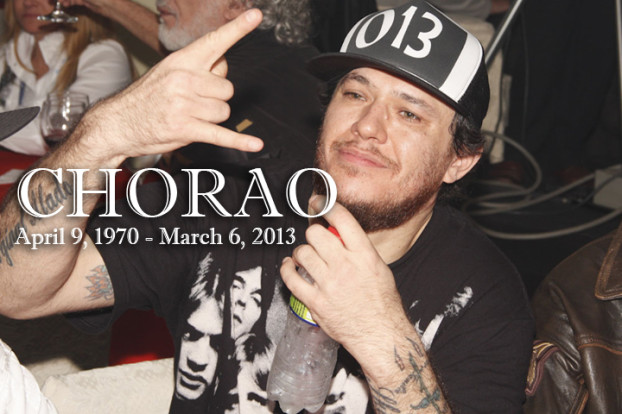 Brazilian rocker Chorao
BRAZILIAN rock icon Chorao was found dead this week, aged 42. A cause of death for the lead singer of band Charlie Brown Jr is still to be confirmed.

Having overcome a traumatic upbringing to release nine albums in adulthood, Chorao (real name Alexandre Magno Abrão) was discovered by his driver in his blood-stained Sao Paulo apartment with liquor bottles nearby.

Fond of referring to himself as a ‘vagabond’, the iconic performer was a leading voice of his generation not only through song, but also poetry, acting and screenwriting. Charlie Brown Jr won two Latin Grammys for best Brazilian rock band

Some of his most famous lyrics include:

“Nao adianta esperar atitude de quem nao tem” (It is vain to wait for attitude from someone that doesn’t have any) and,

“Mas se for pra falar de algo bom; Eu sempre vou lembrar de você” (If it is to talk about something good, I will always remember you).

The keen skateboarder often explored his own childhood in verse and encouraged a nation of listeners to stand up for their beliefs.

Among those to pay tribute to Chorao were US rockers Guns’n’Roses.