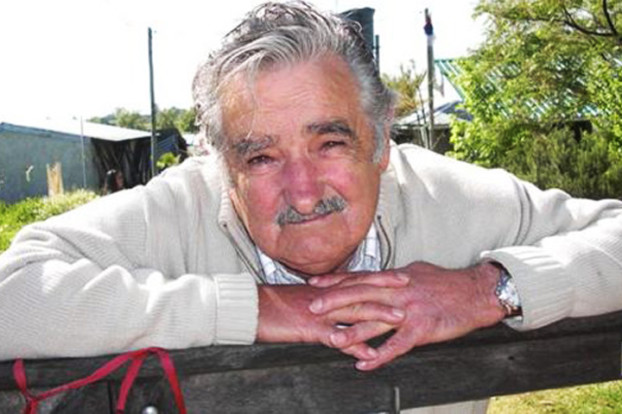 HE drives a 1987 VW Beetle, is a noted vegetarian, was shot six times by the police, lived in a well for two years and now donates 90 per cent of his wealth and refuses to use his presidential palace. Meet quirky Uruguayan president Jose Mujica – a true man of the people.

Known colloquially as ‘Pepe’, Mujica is a farmer and ex-guerilla fighter who still lives with his wife on his humble property outside of the capital Montevideo.

Mirroring the uncomplicated and free atmosphere of Uruguay as a nation, the president redistributes most of his monthly salary to small entrepreneurs and the poor.

Having risen to power in 2010, the 78-year-old is guaranteed reign over the nation until 2015 under the Uruguayan constitution.

Aside from his empathy with the lower classes and an encouragement of personal freedom, Mujica – unlike his predecessors – has had major success in easing a potentially flammable situation with Argentina over paper mills on the River Uruguay.

He is also supportive of gay marriage, abortion rights, renewable energy and the decriminalisation and regulation of marijuana usage.

In an area of the world where religion retains an ever-present foothold, Mujica has openly stated that he does not believe in the concept of a god.

While conservatives may oppose his direction, he is globally respected for his self-sacrifice in the name of his beliefs.

It’s estimated the president lives on US$200 per week after donating 90 per cent of his income, leaving him to be frequently described as ‘the poorest president in the world’.

One of his most famous quotes is: “It is a mistake to think that power comes from above when it comes from within the hearts of the masses”.

He has also stated that poverty is not related to what one has, but rather it is an endless craving for more that makes a person poor.”

Undoubtedly Mujica’s philosophies are linked to his parents. His mother came from a poor Italian migrant family and his father, of Spanish Basque background, went bankrupt not long before dying in 1940.

As a ‘Robin Hood’ type rebel, strongly influenced by the Cuban revolutionaries, Mujica was jailed for 14 years in 1971.

During his stint in detention, Mujica once escaped, was shot six times by the police and was placed in the bottom of a well in solitary confinement.

He was eventually released after an amnesty on military and political crimes.

A keen cyclist in his youth who detests wearing a tie, Mujica and his wife grow flowers on their property and he does not have a bank account.

He has previously offered the presidential palace as a refuge for the homeless during a spell of cold weather.

Watch his stirring speech at the 2012 G20 Summit where he spoke from the heart about consumption, development, the environment and human happiness.