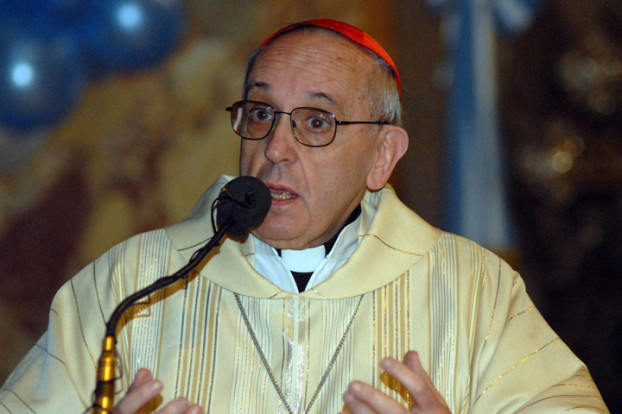 South America now boasts the next World Cup, the next Olympics and the next pope, with Cardinal Bergoglio succeeding Pope Benedict XVI.

Born in Buenos Aires, he will take the name Francis I in his papal capacity, becoming not only the first South American pontiff, but also the first of 266 popes to come from the entire southern hemisphere.

His appointment comes after just two days of debate in the Vatican conclave – a fraction of the time it has taken previous popes to be named.

Indeed from 1268-1271 there was a period of three years where no pope was elected due to a deadlock in negotiations.

At the age of 76 Pope Francis is the ninth-oldest pope elected. Pope Benedict XVI was the fifth-oldest.

The oldest age any pope has remained in office until is 93 years and 140 days (Pope Leo XIII). South America now boasts the next World Cup, the next Olympics and the next pope.

From a humble background, Pope Francis is the son of a railway worker and has repeatedly chosen to highlight the disparity between the impoverished and the fortunate.

While it is a radical step to elect a pope from South America, Pope Francis himself is seen as clinging to conservative roots.

Much interest has surrounded Pope Francis’s loss of one lung in his 20s when it is believed he had the organ removed to fight off infection.

From becoming a priest at the age of 32, he now becomes the figurehead of 1.2 billion baptised Catholics around the world.